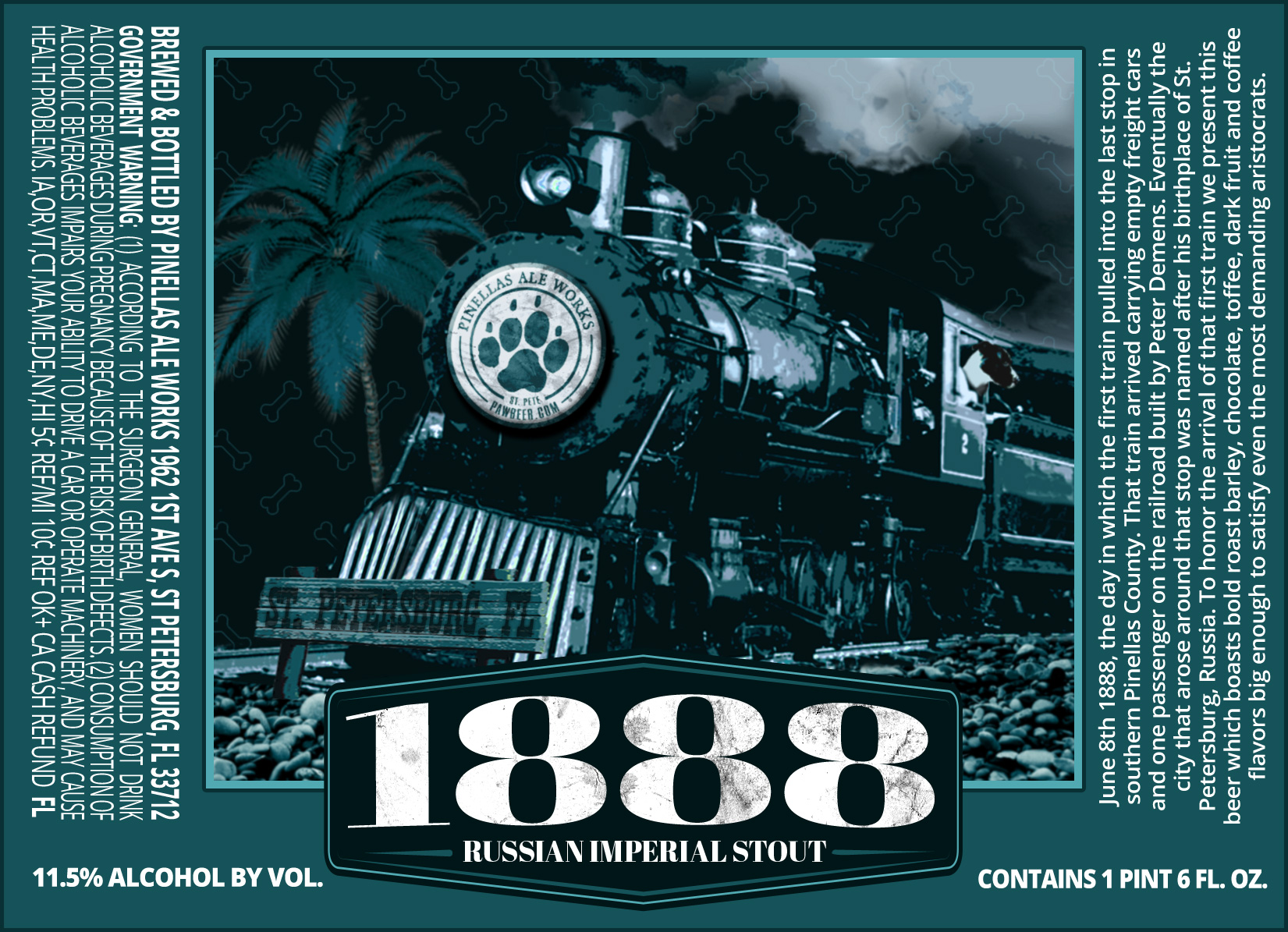 June 8th 1888, the day in which the first train pulled into the last stop in southern Pinellas County. That train arrived carrying empty freight cars and one passenger on the railroad built by Peter Demens. Eventually the city that arose around that stop was named after his birthplace of St. Petersburg, Russia. To honor the arrival of that first train we present this beer which boasts bold roast barley, chocolate, toffee, dark fruit and coffee flavors big enough to satisfy even the most demanding aristocrats.